You are here: Home1 / Biohistory Explained

Inside politics and in the families of monarchies there are biological imperatives that play a huge role in predicting the rise and fall of society. In less than 30 minutes the below videos show you how science and history are crucially cross-linked with biology. 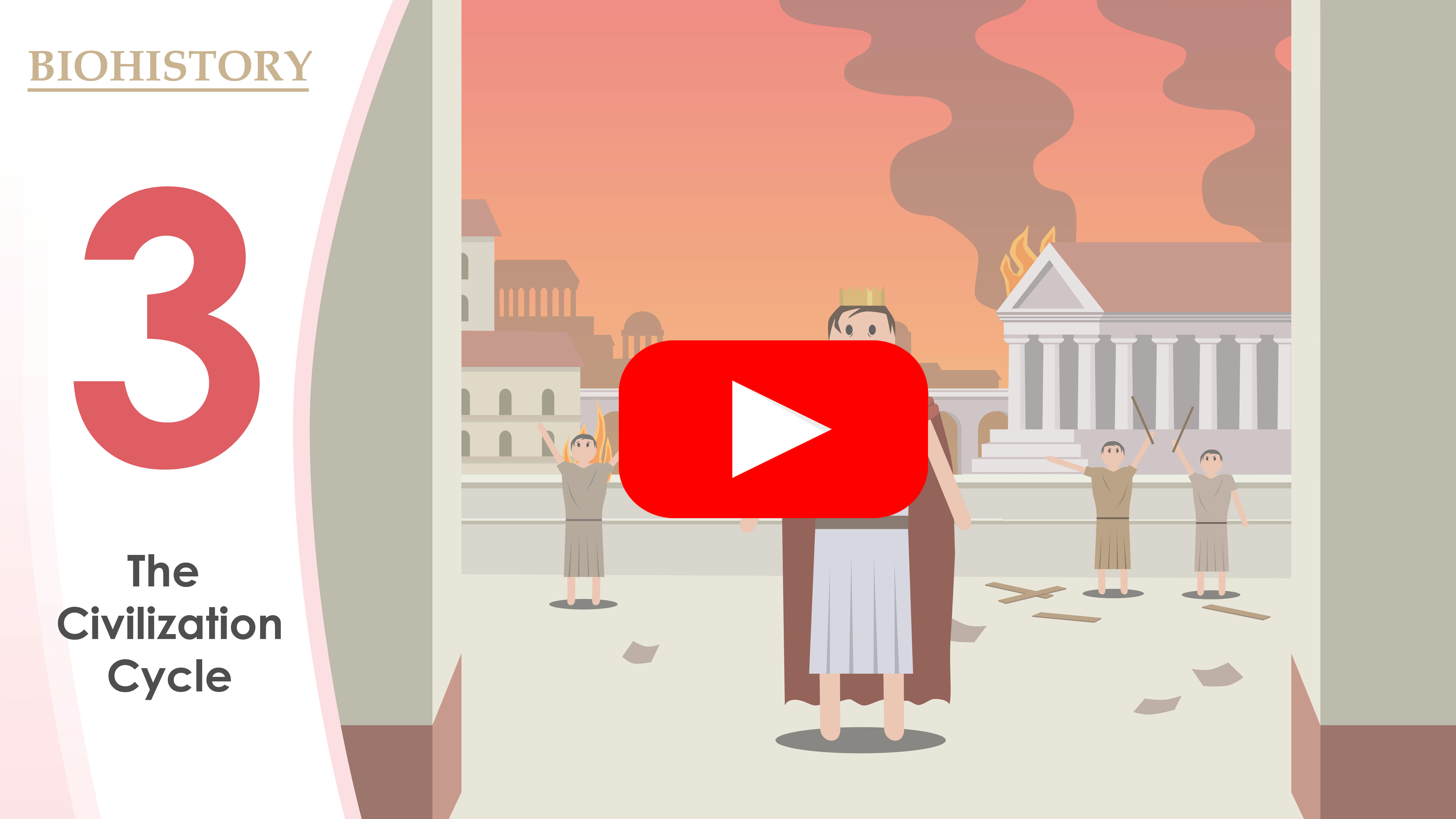 A beginner’s guide to epigenetics

Epigenetics is most simply defined as instructional information linked to DNA that changes genetic activity without affecting the genetic code itself. Epigenetic “marks” instruct cells to process parts of DNA in different ways. These instructions are ‘tagged’, or layered, to DNA sequencing letters – A, C, G and T, telling our bodies which genes to ignore and which to use. It is an ongoing process that is normal to development.

Epigeneticists believe our environment and behavior can leave epigenetic marks on our DNA that is passed on to our children and to subsequent generations. In short, what we experience today – from smoking, pollution, war and disease – may affect not only an individual’s genes but those of their offspring, too. As the UK’s Guardian newspaper explains, “The notion that babies may retain some parental baggage has enormous repercussions for child development and evolution. Parents could suddenly find themselves responsible for passing on not only their poor genes, but also their poor lifestyles.”

The international scientific community is increasingly recognising the importance of epigenetics. It has wide-reaching effects on many aspects of biology – and significant potential in human medicine.

Tomorrow’s word: the effects of epigenetics on the West

Scientists have known for some time that early life experience and even the experience of parents can have marked effects on the functioning of genes, and thus on temperament and behavior. But, until the publication of Dr Jim Penman’s theory, there has been nothing to link this with broader changes in social behavior. This work, which has won support from the wider academic community, sheds new light on what the future holds for the West. The video above, and our FAQ page, provide further information on this theory. The findings will, according to Dr Frank Salter, a Senior Fellow at the International Strategic Studies Association, “shatter mainstream political science and grand history”.

It is the first theory of history and social behavior that can generate hypotheses to be tested in the laboratory.